the exclusive club of century-old companies

2011 is a very special year because it marks a decisive turning point in the life of DECAYEUX STI, which joins the very closed club of companies that are one hundred years old.

It was in 1911 that my great-great uncle, Eugène DHUILLE, created the company “Ets. DHUILLE” to manufacture and sell alcohol stoves in his stamping workshop.

Over the years, the company has grown and mastered new techniques such as bending, stamping and machining.

The relevance of this “know-how“, which has built our reputation on the French market, has enabled us to extend our scope of intervention to new countries, Romania and Morocco, in recent years.

In 100 years, DECAYEUX STI has come a long way, becoming an exemplary and efficient company which is today a reference in its sector of activity, the transformation of metals, in all aspects of its business.

This centenary retraces an exceptional journey, with key moments that bear witness to a commitment and strong values.

I would like to take this opportunity to pay tribute to all the men and women who have marked the life of the company and to those who, each in their own field, continue to make this possible every day.

Our keyword for the period 1931 to 1950 was development. Until then, our efforts were concentrated on the consolidation of our flagship product “the alcohol stove” and our stamping activity.

Thanks to the emergence of new companies and therefore new markets, the company seizes the opportunity to modernise and develops new activities that will allow it, in the years to come, to reach a high level of excellence that opens the doors to success.

I invite you to discover this golden period in more detail through the second part of the saga “Decayeux STI“.

Orders poured in and major changes took place with, on the one hand, the arrival of a third metal transformation technique, MATRICAGE, and on the other hand, the creation of a subsidiary specialising in brass pressure die-casting: FAVI (Fonderie et Ateliers du Vimeu).

DECAYEUX & LOISON then left the “Vimeus” borders and began its development at national level.

The arrival of the machining workshop in 1974 marked the beginning of international development.

Indeed, during this period, DECAYEUX & LOISON was the only European subcontracting company able to master 3 distinct and complementary metal transformation techniques in a single structure:

The company then became a key player in the development of industrial subcontracting projects.

Since the beginning of 2011, we have had great pleasure in helping you discover or rediscover the adventure of the DECAYEUX STI group, from its origins to the present day.

Through these 100 years of industrial history, I would like to pay tribute to this family agreement which has enabled this company to develop and to be one of the flagships of French industry today.

In 2011, DECAYEUX STI remains more than ever a key partner in metal processing subcontracting.

On the occasion of its 100th anniversary, Decayeux STI organised two major events for its employees and the general public, on the one hand, and for professionals and officials in the Picardy region, on the other.

A highlight of the centenary, the two “open doors” operations on 28 May and 10 June were very successful.

They allowed us to show our different skills to a large audience (nearly 800 people).

During the event on 10 June, the guests’ feedback was very positive.
They were particularly impressed by the diversity of the company’s know-how (stamping, machining, bending, assembly, cutting – stamping, surface treatments) and underlined their great satisfaction with the general organisation.

The visitors were also surprised by the consideration given to the staff, who were felt to be motivated and involved. As one of the guests put it so well, “there was a clear sense of belonging to the company“.

All that remains is for us to continue these 100 years of creativity, challenges and successes in the service of our partners for the next century. 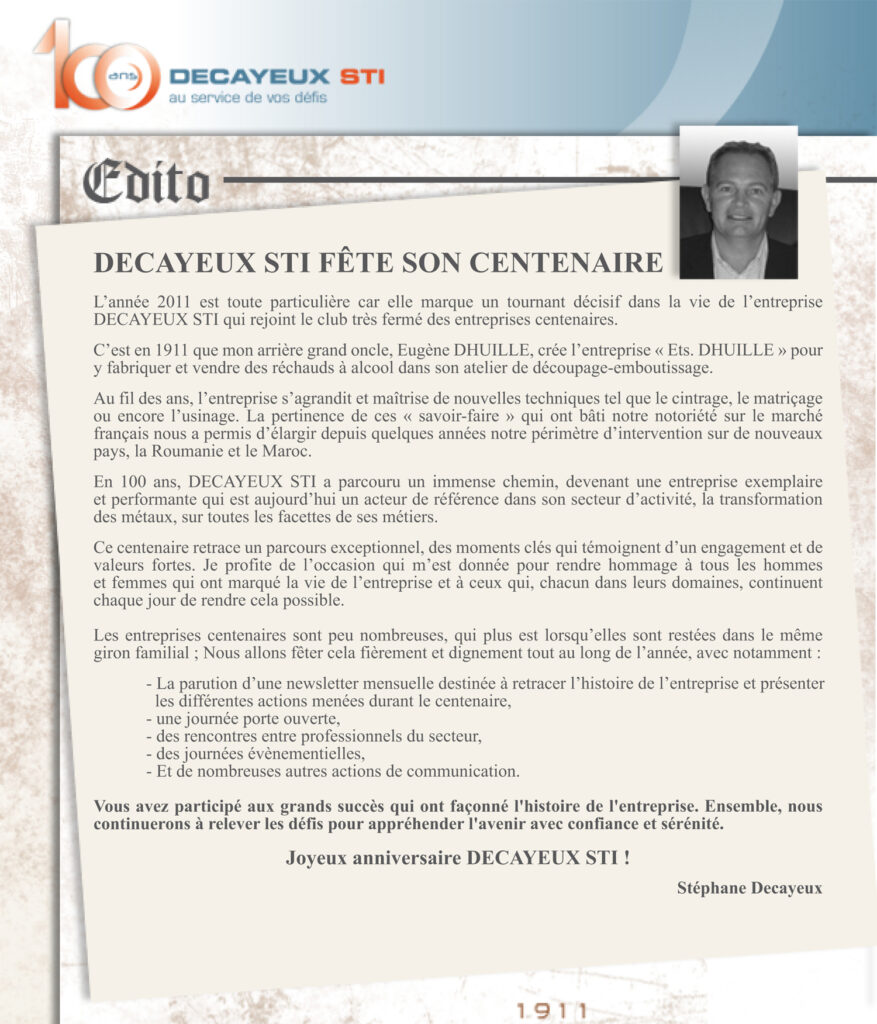 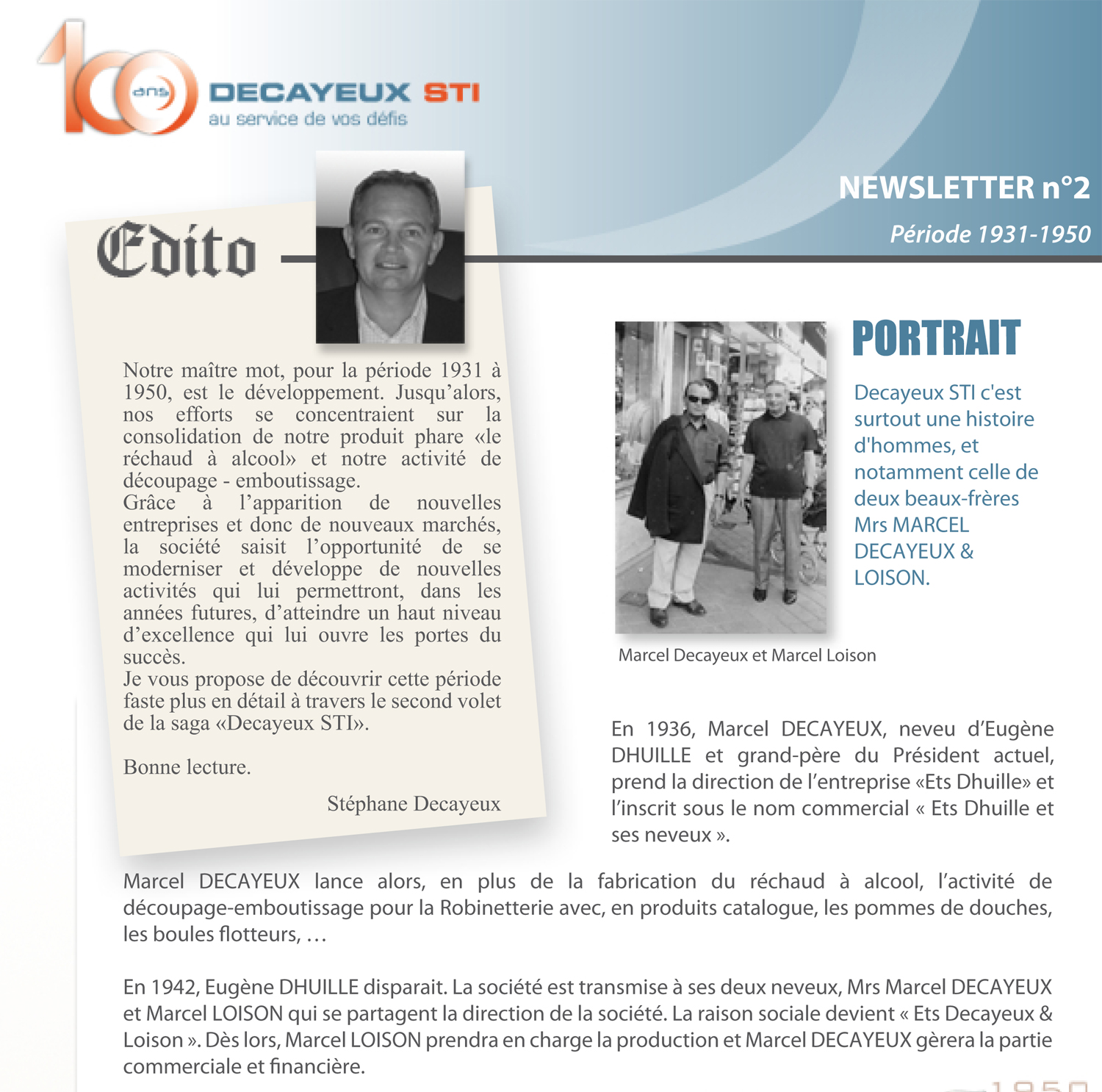 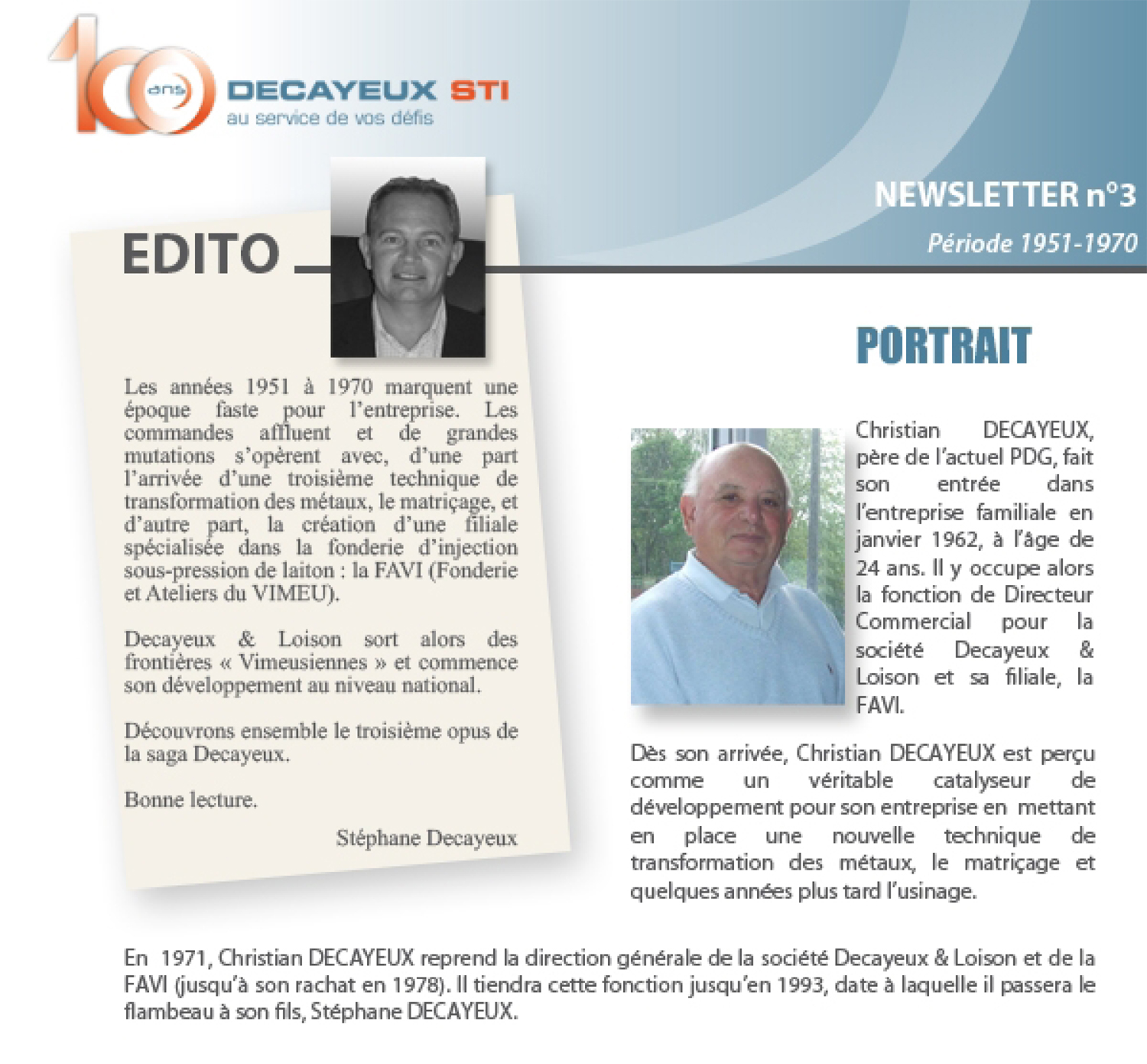 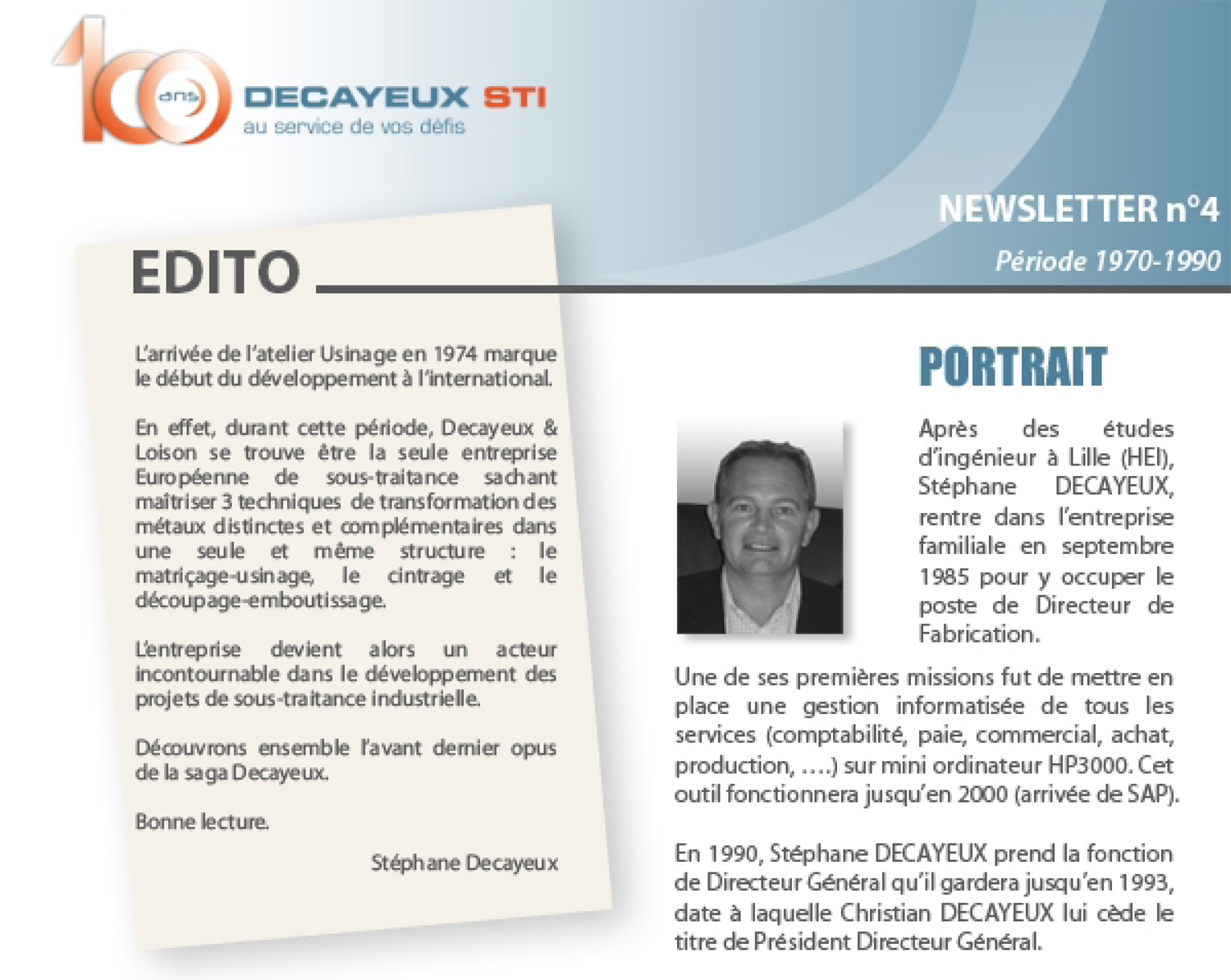 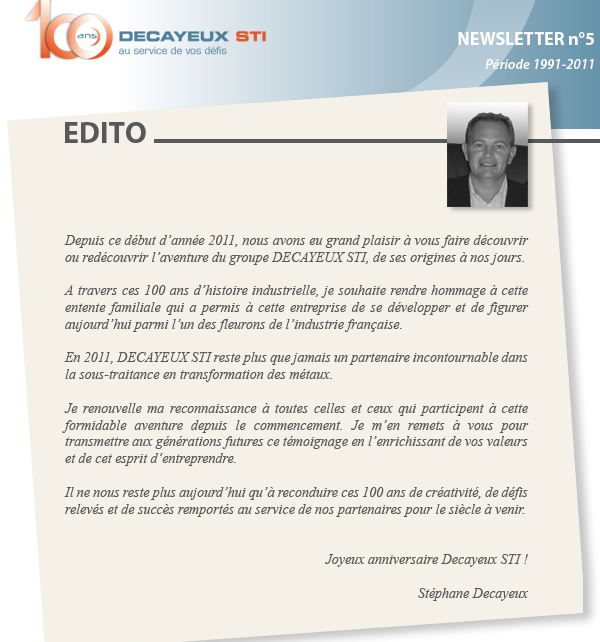 OUR HISTORY
THE DECAYEUX STI GROUP 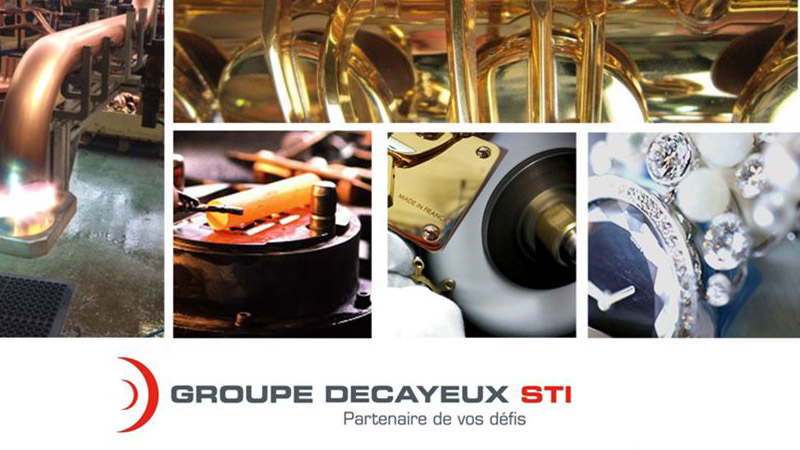